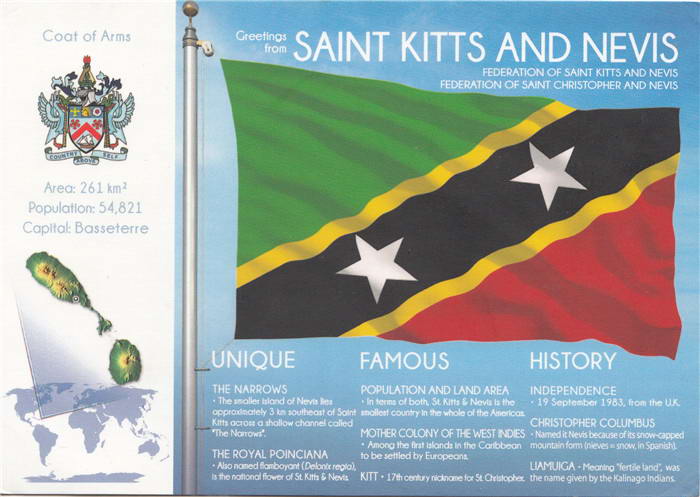 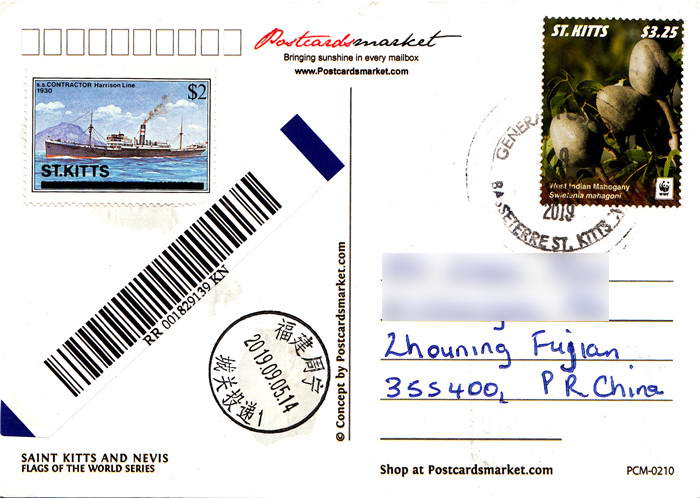 Saint Kitts, also known more formally as Saint Christopher Island, is an island in the West Indies. The west side of the island borders the Caribbean Sea, and the eastern coast faces the Atlantic Ocean. Saint Kitts and the neighbouring island of Nevis constitute one country: the Federation of Saint Kitts and Nevis. Saint Kitts and Nevis are separated by a shallow 3-kilometre channel known as “The Narrows”.